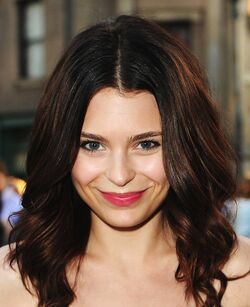 Alexandra Krosney is an American film and television actress. She is best known for her role as Kristin Baxter on the ABC sitcom Last Man Standing, and was supposed to play Peyton Charles on the CW's iZombie. On May 20, 2014, it was announced CW was recasting the role.[1]

Instead, Aly Michalka will be joining the cast as Peyton.

Retrieved from "https://izombie.fandom.com/wiki/Alexandra_Krosney?oldid=12296"
Community content is available under CC-BY-SA unless otherwise noted.