And He Shall Be a Good Man

And He Shall Be a Good Man is the thirteenth and finale episode of Season 4. It originally aired on May 28, 2018 and had 0.74 million viewers.

The episode begins with Ravi watching a news report from Johnny Frost. As he explains, all brain shipments to Seattle have been halted because of anti-zombie protesters. Ravi calls Peyton, and leaves a voicemail asking her to stay in Washington DC so she's not in danger.

Ravi gets a knock on the door from one of the other Renegades. Ravi reveals that he is going to visit Chase and try to save Liv's life. Ravi then brings Jordan breakfast, and tells her about the brain shortage.

Ravi goes downstairs to see that Peyton has already arrived back home. She begins to apologize, but he kisses her and they hook up. Peyton decides they need to call Clive.

Clive ignores the call from Ravi, and focuses on trying to have sex with Dale. Dale sees Ravi's phone call as a sign that they should wait, before she gets a call from Ravi on her own phone.

Jordan gets a call from Major, who reveals that he's stuck in a motel and asks her to come get him. She arrives at the apartment she shares with her brothers, and feeds them her remaining brain tubes.

Liv gets escorted through the prison. She sees Levon in his cell and tells him she loves him. She's then taken into a room where Lambert punches her in the face.

Chase finds Liv, who has been bruised by Lambert punching her. He takes her to Ravi, Peyton, and Clive, and allows them to say their goodbyes to Liv. Liv tells them where the file of Levon's documentary is.

Peyton tracks down Levon's documentary, and calls Ravi asking about releasing it. She asks if Ravi wants his face blurred, but he says no. Peyton tells her that she loves him, and he ultimately tells her the same (after making a Han Solo reference). Major arrives on the scene, disguised as a homeless person.

Chase is shown Levon's documentary about Liv, which is narrated by Paul Rudd. He tells Hobbs to identify everyone in the video. Jordan is then brought on, and she agrees to provide Major's location in exchange for more brain tubes.

Across the street, Major and Ravi gather the Coyotes and Liv's other friends. They try to determine how to save Liv. Clive reveals that almost a quarter-million people have seen the documentary.

Chase and Hobbs try to determine what to do with Liv's execution. Chase reluctantly agrees to move the location of Liv's execution to avoid problems with the public.

Angus talks to Blaine, and reveals that Lambert has been working in his corner for weeks to find a way to get his church out of Seattle. Lambert tells them their plan, and they both agree with it.

Angus records a sermon, which asks his follows to drop whatever they're doing.

Jordan calls Major and tries to tell him there's a big change of plans. Major tells the group that Fillmore-Graves changed the date and time of Liv's execution. Peyton storms out and heads to Johnny Frost's studio, where she tells the public to protest the execution. Johnny Frost asks to join them.

Angus and Blaine park on a street, watching Angus' followers try to leave Seattle. Blaine tells Angus to watch from a nearby rooftop, but he decides he wants to be with his people. Angus then kills a nearby police officer, and tries to ride a horse into the congregation. Blaine tells him that he was behind the sign from God that convinced Angus, which makes him upset. He then rides his horse away.

A news reporter reports from where the human soldiers are stationed. He watches as Angus and his congregation run towards them.

Liv and Levon sit in a holding van, as the Fillmore-Graves soldiers nearby them watch Levon's documentary.

Hobbs tells Chase about the protesters outside the warehouse, but he doesn't worry about it.

Chase addresses the Fillmore-Graves soldiers inside the warehouse, as he lists Liv and Levon's crimes.

Levon is executed by Fillmore-Graves. Major and company are able to open the door right before Liv's execution.

Major runs in, screaming, and lunges for Chase. Chase tries to reach for his gun, but ends up with his head right on the guillotine. Major lets the guillotine drop, as one of the soldiers lets Liv out of her restraints. Another soldier comes in and tells everyone that one of the city's gates is in danger, and that Major has to make a decision about it. He sends all of the troops to that gate.

The news reporter reveals that Angus led hundreds of zombies to their death, before the army killed him.

Liv tells Ravi that she doesn't want to hurt anyone anymore, after Levon's death. Ravi reveals that he can turn Liv back into a human, but argues that Liv hasn't finished her mission as a zombie yet. Liv asks to leave to turn back into a human, and runs into Major in the hallway.

He reveals that Fillmore-Graves won't stand in the way of human smuggling, but the US Army will. Liv says that she's retired, and will be turning back into a human. Major apologizes for Levon's death, but Liv blames him for letting it happen to begin with. Major leaves, and tells Peyton and Ravi she wants to be human again.

Liv prepares to eat Isobel's brain, but Ravi interrupts her with major news upstairs. They go upstairs to find Clive and Dale getting married, and Ravi and Liv are asked to be the bridal party. Clive and Dale say their vows to each other, and Clive reveals that he's willing to become a zombie to be with Dale. They get officially married, kiss, and leave to have sex and turn Clive into a zombie.

Blaine and Candy play a game where she shoots him with a gun while blindfolded. Don-E comes in and judges Blaine for reacting that way to the plan falling apart.

Major calls Blaine and Don-E into his office, and asks for their help in smuggling brains into Seattle. They agree to it.

Liv, Ravi, and Peyton sit in the motel room. Liv reveals that there have been even more applications to be smuggled into Seattle. The other coyotes come in and ask Liv to come out to the pool. Liv walks outside to see the entire area filled with people cheering for her. Ravi and Peyton ask Liv if he wants to continue to be Renegade.

N/A: Liv is on a Fillmore-Graves brain tube during the episode, giving her no extra traits and/or skills.

Fillmore Graves brain tube filled with the brains of an old married wife. 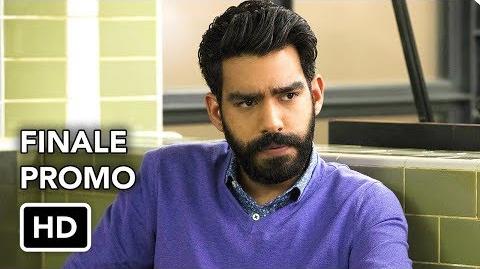 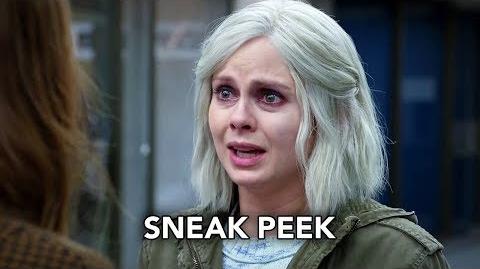 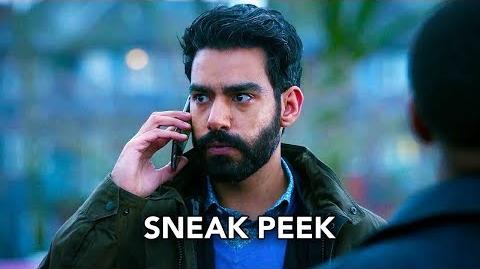 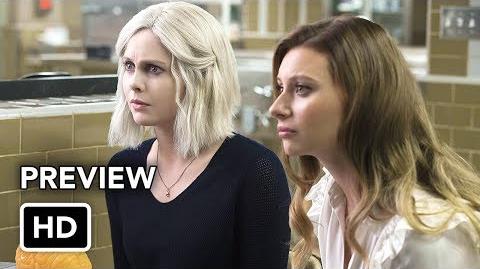