Blaine's World is the thirteenth and final episode of Season 1 of iZombie. It originally aired June 9, 2015 and had 1.45 millions viewers.

After discovering new evidence in the Max Rager case, Liv and Clive pay a visit to Vaughn Du Clark at Max Rager HQ. Ravi continues his search for a cure. Meanwhile, Blaine makes Liv an offer she can't refuse. Lastly, Major finds himself in an unbelievable situation.[1]

One of Blaine's crew, Julien Dupont, searches Major's car. Finding nothing to suggest where Major was keeping the astronaut brains he had stolen from them, Dupont relays this to Blaine. Major, held captive in Meat Cute's freezer, is confronted by Blaine but reveals nothing to him.

Liv and Ravi receive the body of Theresa (introduced in last week's Dead Rat, Live Rat, Brown Rat, White Rat episode). Theresa and her friends had previously run over Sebastian (turned by Liv in Mr. Berserk and truly killed by her last episode), who took to revenge-killing one of her friends, but with him already deceased Clive must find Theresa's killer. Ravi suspects the fourth teenager, Cameron, to be dead from his blood being found in the apartment. Clive puts an APB on Cameron's car, and Liv eats Theresa's brain. Ravi then reveals the zombie-turned-live-again second rat, but he warns her that they don't know the side-effects, only have enough for one or two doses, and so she can't use it.

Liv tells Clive about her vision, where she saw Theresa take Sebastian's wallet, which held the thumb-drive that proved Max Rager causes psychotic episodes (as well as makes people zombies). Max Rager is offering the teenagers money for the thumb-drive back, yet killing them to silence witnesses.

Max Rager's director Vaughn Du Clark talks to a potential work partner (Dr. Holland) discussing the death of Sebastian. It's revealed he also knows about the zombies he's caused and feels no guilt. Liv and Clive visit them and ask about the deaths of Theresa and her friends. Liv adopts Theresa's attitude--snarky and sarcastic--while speaking and until they're called away, learning near nothing. Du Clark reveals his intention to make "Super Max" an amphetamine more powerful than Max Rager.

Blaine threatens Major with torture until he tells him where the brains are, but Blaine finds out Liv has them through a text on Major's phone.

Liv and Clive find a surveillance footage of Cameron and are led to believe he's been captured. They return to the precinct where Ravi reveals the murder weapon as billiard balls in a pillowcase. They're informed of a 911 call from Cameron, which leads them to a car junkyard and finding his phones, which Clive finds suspicious. They check another camera and find him driving away.

Cameron is shown being paid off by a Max Rager employee for the thumb-drive. He goes to return to his car when it explodes (thanks to Max Rager) and he runs. Cameron tries to cross the border into Canada, but it caught by police. He's interviewed by Liv and Clive, and reveals the information on the thumb-drive as well as shares a backup he stored. Liv later leaks these files to the press.

Liv attempts to inject herself with the Ravi's cure, but is stopped short by a call from Blaine. He cuts a deal: Major returned safely for the stolen astronaut brains. They make the exchange, but Blaine substituted a fake instead of Major. Major manages to get free and kills most of Blaine's staff, but Blaine returns and stabs him in the stomach. Liv arrives and threatens Blaine, but doesn't kill him because he's the only one keeping all of Seattle's zombies fed. Instead, she cures him. She then sees Major dying, and Blaine reveals to him that Liv is a zombie. Moments before he dies, Liv turns Major into a zombie. He awakens later in bed, and confronts Liv, saying that either she turned him "for herself" or "for him," and, if the latter, that she didn't know him well at all. Liv realizes the only way to make Major happy, as well as salvage the shreds of their relationship, and injects him with the rest of the cure, thereby using all of it.

Lieutenant Suzuki, Clive's boss, blows up Meat Cute to cover up the zombie underworld. As a zombie himself, it is unclear whether or not he's dead, but it's probable that he is. Liv's brother, Evan Moore, is standing outside at the time of the explosion. Later, it's revealed he needs a blood transfusion to survive, but his only possible source, Liv, must refuse.

AND THEN THERE WAS ONE

GETTING A BUM RAP 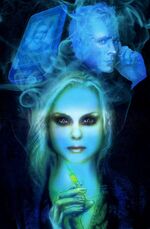 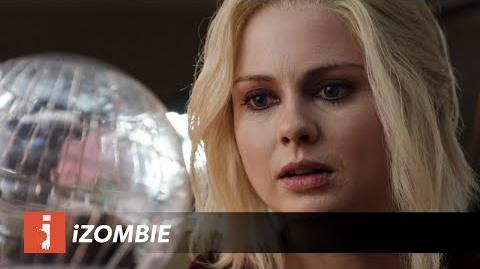 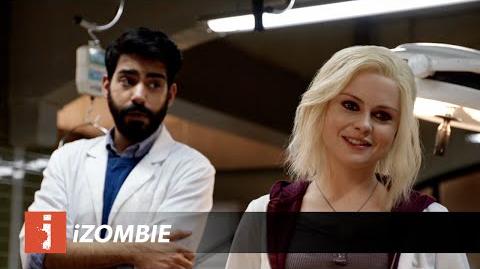 IZombie Inside Blaine's World The CW 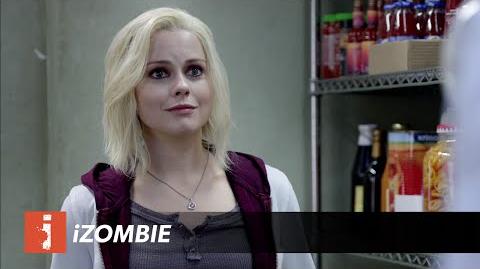