Cosnpiracy Weary is the eleventh episode of Season 3 and the 43rd episode of the series overall. The episode aired on June 13th, 2017 and had 0.78 million viewers.

Liv and Blaine come to the rescue of one of their own. They consume the brains of a conspiracy theorist and paranoia ensues. Meanwhile, as they continue to search for conspiracy theories that may or may not exist, Liv researches Major's new friend. Finally, Ravi makes a surprising discovery of his own. Malcolm Goodwin and Aly Michalka also star.[1]

Liv and Blaine, under self-inflicted rage and in full-zombie mode, ambush the hideout of Bo and Harley Johns and company, the right-wing conspirators fixated on revealing the zombie outbreak. Liv, Blaine, and Ravi manage to subdue most of the assailants despite getting shot. Bo is killed but Harley manages to escape. A detachment of Fillmore-Graves arrives in full combat gear and assists the survivors. Don E., Liv, and some others feast on Bo Johns' fresh brain. Liv has now taken an extremely paranoid demeanor, taking precautions such as covering webcams, masking conversations with loud music, and creating deep conspiracies out of anything. Fillmore-Graves finds some weapons with a high-probability to being linked to the murders of Wally Tuttle-Reid and family but Liv takes them to confirm via ballistics testing. Peyton find a safety deposit box key in James Weckler's possessions. She summons his daughter Tatum, to pry for the SD card from the hidden camera from the dominatrix sessions. She eventually complies and leads Peyton to the box with the SD card. Before leaving, she realizes Tatum is a zombie by watching her experience a vision.

Fillmore-Graves soldiers, using Harley Johns' bugged truck, goes to a remote cabin. However, Liv has a vision and realizes Harley knew the truck was bugged and is using it as a trap. She notifies them and they cancel the ambush but not before two soldiers are killed by a landmine. Liv reveals to Major that his partner Shawna, is posting their personal exploits on her Tumblr page. Major confronts and breaks up with her. Former district attorney Floyd Baracus, wins the mayor-elect position for mayor of Seattle, making him a likely candidate for first zombie mayor of Seattle. Peyton theorizes that Baracus, also a former patron of the dominatrix, uses Tatum and James Weckler to cover his affairs due to his then-status as assistant district attorney. He supposedly turned Tatum into a zombie and promised to supply her with brains if her father James, steals the memory card from Roxanne. However, James botches the job, kills Roxanne, goes to jail, and Baracus has the prison guard kill James to cover his tracks. Then the prison guard disappears to tie all loose ends. Liv and Clive go to the remote cabin of Harley Johns and discover a hidden, underground shelter. Inside, they catch Johns asleep on a couch. Clive goes to arrest him under the murders for Wally and company as Liv hears chatter on a nearby CB radio which triggers a vision showing that Johns was not involved in their murder. Before she can say anything, Johns fires a gun from under his blanket and Clive returns fire, killing Johns, before Liv can reveal that he was innocent.

The target brain of Bo Johns is eaten fresh and raw from his skull. 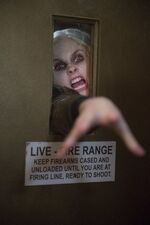 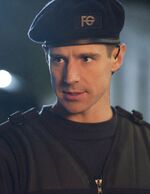 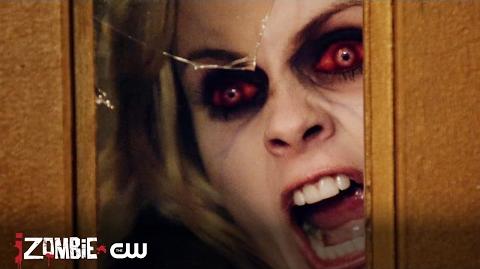