Liv and Clive work together to solve the murder of a morning radio talk show host who specialized in relationship straight talk. Liv becomes filled to the brim with insight after consuming the brains, making Clive extremely uncomfortable when Liv starts getting personal. Meanwhile, Peyton steps in to help Major, and Blaine issues a warning. Lastly, Ravi's unexpected romantic connection has the potential to make things awkward for Liv.

The episode opens with Lowell giving Liv a foot massage. Ravi is at the police station awaiting Major’s release as Peyton enters, who piques Ravi’s interest. Major is released from jail where he was savagely beaten-up by the other criminals under instructions of the officers, and Ravi tells him that Jerome and Eddie’s bodies were discovered in the aftermath of their last case. At the morgue, Liv and Ravi witness a murder over the air on a radio show. Clive and Liv begin the investigation by procuring 30 hours of radio footage. Liv is listening to the show as she prepares her brains as Ravi tells her that he has an interest for Peyton. Then discover the zombie rat, which has eaten the other ones, although is nice to Liv, as they are both zombies.

Ravi explains in medical speak how he will attempt to cure the zombie plague using the rat. Liv’s new brains make her quite outspoken and overly analytical, especially of others' relationships and psychological states. At the radio station, Clive and Liv talk to a coworker of the victim, as Liv has her first vision, of the victim being confronted by the coworker’s wife. Liv doesn’t believe that his wife and the caller are one in the same.

Major's girlfriend, Corinne, stops by his house, and breaks up with him after criticizing him for acting out-of-character. Meanwhile, Lieutenant Suzuki meets up with Blaine to explain that he cannot be part of the operation anymore, and they speak briefly about Liv. Liv listens to more broadcasts and has another vision of Sasha’s producer and her arguing. Ravi tells Liv that Corrine broke up with Major. As she proceeds to lambaste him about chasing after Peyton. She stops by Major’s to check on him, after being beaten for investigating the missing kids, he was fired. Major tells Liv that he found a brain in the Candyman’s car.

Liv plays dumb regarding the brains, but is still supportive. Major needs Liv to believe him, but it’s hard for her to talk about brains. Liv makes him promise to back off the investigation, however he doesn’t. Liv is hurt that Major calls her friend, she misses the ‘girl’ modifier. She heads to Lowell’s to talk about their relationship and they begin to do it, interrupted by a vision. Liv comes home and finds Peyton, she asks about her love life. Ravi asks about Peyton again and Liv tells him that she is out of her league, and they have an argument.

Due her and Ravi aren’t speaking, Liv listens to more recordings, and finds the voice of ‘Cheated on in Chattanooga,’ it was recorded by Sasha’s assistant Kailey- as they arrive at her house Liv sees the man from her vision. However it wasn’t Kailey; it was her producer, who planted an ad on the recordings so she would be a suspect. Clive and Liv go to the station and arrest the real culprit who curses Sasha as she sees them arrive.

Later, Liv enters the apartment as Ravi is calling Peyton, and on Liv's advice, she agrees to go out with him. The zombie rat bites him as Major buys an array of guns, and Liv enjoys scramble brains and eggs with Lowell. She catches a glimpse of Blaine and has another vision, one involving Jerome and Blaine.

BREAKING UP IS HARD TO DO

DID YOU SAY BRAINS? 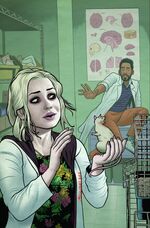 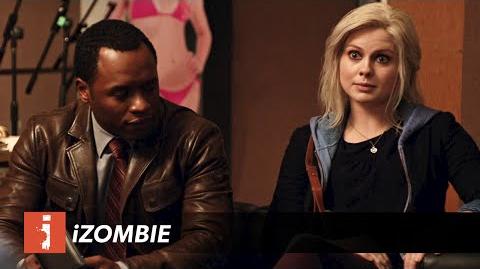 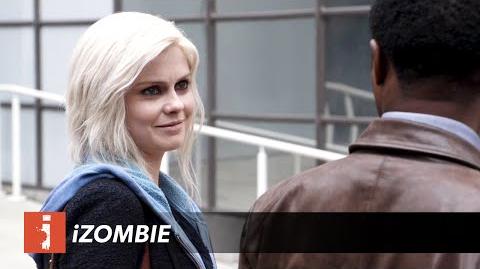 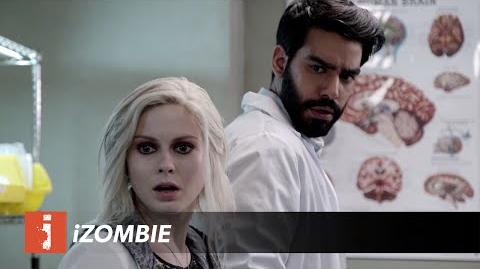