Flight of the Living Dead

Liv reluctantly eats the brains of her recently murdered sorority sister Holly to help gain insight into her murder. This case takes Liv and Clive into Holly’s world of extreme sporting where they meet professional snowboarder Carson McComb, a murder suspect who appears to be hiding a secret. Meanwhile, Liv has a strange connection with one of the other murder suspects who is revealed to be a zombie, while Major voices his concern to Clive over a young boy’s disappearance. Rahul Kohli and David Anders also star.[2]

During a group skydive, a parachuter is impaled on trees in a forest. Later on at the crime scene, Liv lies in the middle of the forest complaining that she cannot get a tan when and she used to have freckles. She tells Ravi that she tried to make egg salad with brains as Peyton calls. Apparently the deceased is Holly, who both Peyton and Liv went to college with. One of the skydivers tells Liv and Ravi that Holly was an experienced diver, having made hundreds of jumps. He states that Holly was suppose to be the last one out the plane but didn't, and on top of that was late.

Major visits Clive at work, looking for help investigating Jerome's disappearance. Clive is compassionate, but says he cannot help because the case is not a murder. Clive tells Major that he will talk Missing Person's and try to get the case move up in priority. Major is frustrated that it appears so little is being done to help find these kids.

Liv eats Holly’s brains to help solve the case. Later at their apartment, Liv and Peyton drink wine and eulogize Holly in their own way. Both feel guilty that they kicked her out of their sorority. Liv has her first vision from Holly’s brain and visits Clive.

Liv suspects Lowell Tracey, and after some convincing Clive reluctantly agrees to help. Clive and Liv interview him, and Liv is overzealous inquiring as to why Holly jumped first. Lowell says he was nervous and suggest they watch the helmet cam footage. He speaks highly of Holly and hits on Liv. Clive informs them the footage has been destroyed. They call in more suspects involved with Max Ranger, who claim they deleted the footage to protect Holly’s family. Apparently Lowell had been acting weird of late. Carson and Holly were having an affair making Eliza jealous, which makes Liv suspect her. Clive points out that this is still not a murder but Liv has a feeling that there is more.

Clive gets a visit from his boss, Suzuki, complaining that Clive should not be working on the Max Rager case, because it's not officially a murder investigation. Liv and Ravi discover GHB in Holly’s system, officially making it a murder.

Liv apologies to Clive for getting him in trouble, he implores her to look around Carson‘s house during Holly’s memorial. Liv is ambushed by the Max Ranger crew for crashing the event, they are unaware she and Holly were friends. Liv snoops around and has another vision. She calls Ravi after finding Carson’s blank prescription pad. Lowell finds her in Carson's room, and continues to hit on Liv. They talk as Lowell makes drinks, and Liv confess to voting to kick Holly out of the sorority. Lowell tells her they had a pre-jump shots ritual, and implies that this is when she was dosed. He presents Liv with an extra-spicy mixed drink, and reveals that he is a zombie as well. They discuss their zombie experiences, and Lowell reveals the reason he disappeared at the crime scene: he went into "full-on zombie mode" on the way down. They are interrupted by Major who is still very worried about Jerome. Liv comforts him, and he apologizes for interrupting Liv and Lowell’s possible hook up. Clive investigates the skate park and finds that there are dozens of missing people.

Liv tells Ravi that she met another zombie, he is interested in the science but realizes Liv was interested in something else. It turns out Carson had picked up the GhB prescription. He denies it and claims it was Eliza, because Carson and Holly had been privy to some inside company info. The info was a memo inter-office memo from Max Rager stating that their product has caused violent episodes in a few people.

Clive goes to apprehend Eliza, but she’s not at home. There is footage of Eliza picking up the GhB in Tacoma. He tells his boss about the missing people from the skate park but is blown off by Lieutenant Suzuki, who is also a zombie. Major goes to the park, and finds one of Blaine’s lackeys, Julian wearing Jerome's shoes.

The zombie beats Major, badly. Lowell shows up at the morgue and brings Liv a bottle of hot sauce, and gives her a talk about zombie loneliness.

LIVE TILL YOU DIE 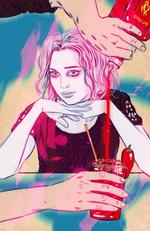 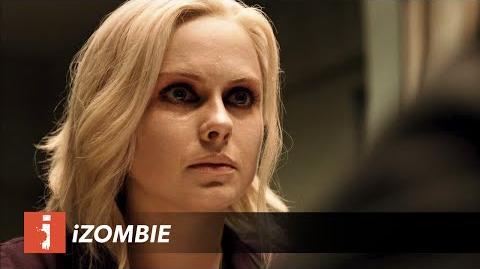 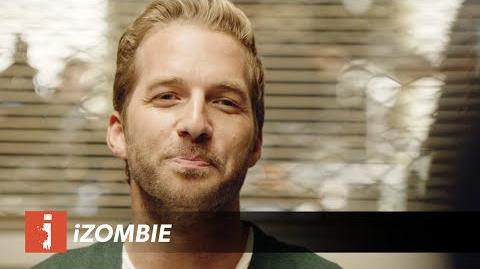 IZombie - Inside Flight of the Living Dead 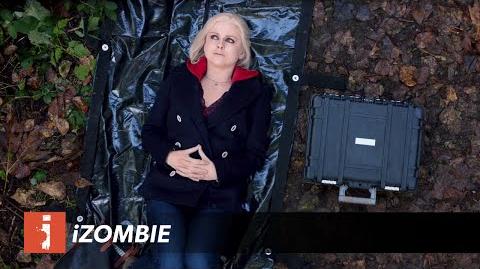