We're Getting Mutants in the MCU - The Loop

Humans are a race of mortal, sentient beings who are members of the species "Homo sapiens". Humans make up for the majority of the earth's population, and are commonly noted for their desire to influence and understand the environment by seeking to explain and manipulate phenomena through mythology, philosophy, religion, and science.

The primary abilities of every human being include adaptability and versatility. Therefore, as a means of survival, most humans must rely on intelligence, research and teamwork in order to prevail.

Human Awareness of Zombies Before It Became Common Knowledge

Only some humans were aware of Zombies; most people think that zombies only exist in movies of scientific or horror fiction. Until the public became aware of them after Fillmore-Graves tampered with flu shoots to make make more zombies. 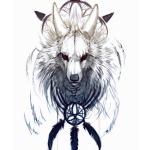