A group of teens get a scare when a disheveled young pregnant woman approaches them muttering for help. Unfortunately, the woman doesn't survive but her baby does. Liv and Clive begin questioning suspects in her murder, and after consuming the victim’s brain, a fierce maternal instinct kicks in for Liv. Meanwhile, Major makes a shocking discovery. Rahul Kohli and David Anders also star.[2]

When a locally famous missing person, Emily Sparrow, shows up dying and pregnant, her brains are Liv’s next meal. The victim had been missing for quite some time and was presumed dead. Her boyfriend was (and is) the main suspect, but Liv has a vision that points her in the direction of Emily’s parents. Major is still trying to find the Candyman. He’s found help in an investigative journalist named Rebecca Hinton. They call Clive, and before Major can interrupt him, Rebecca says some very accurate but unfavorable things about the police’s priorities. She runs the story and Clive is demoted to paper filling desk-duty.

At the morgue Ravi is still working on the zombie cure. Ravi calls Lowell into the morgue to do some tests on him. Lowell is uber medically knowledgeable, but remarkably not into Liv, which both Liv and Ravi notice. When Liv meets him for their date, Lowell confesses that he had consumed the brain of a gay man and that was the cause of the distance with Liv, but nonetheless they enjoy themselves getting drunk and having a friend night. Clive’s filing finds him a lead in the case and an address for the Sparrow’s cabin. The Sparrow’s cabin basement is rather scary, but they seem harmless. Liv’s suspicions change again after a another vision this time of an insane, baby-desperate couple.

Major follows Blaine’s accomplice, breaks into his car and gets arrested, while Liv and Clive stake out the home of the suspected kidnappers and get shot at. Clive and Liv get backup and Lieutenant Suzuki goes charging into the house. When he gets shot, he goes “full-on” zombie and kills the two suspects inside the house. While the police captain is on his murder spree, Liv spots the treehouse she saw Emily escape from in her last vision. She use her added strength and rips open the trap door leading into the treehouse. She finds the other captive girls and leads them to safety. Back at the precinct, Liv scolds Emily’s boyfriend and father of her baby, and he gives the baby up to Emily’s parents to raise. Liv is happy as her maternal nature begins to fade. Back at the morgue, one of Ravi's test rats has become a zombie, escaped its cage and feasted on the other rats.

BABE IN THE WOODS

ANYONE CAN BE A FATHER 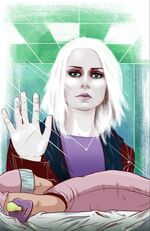 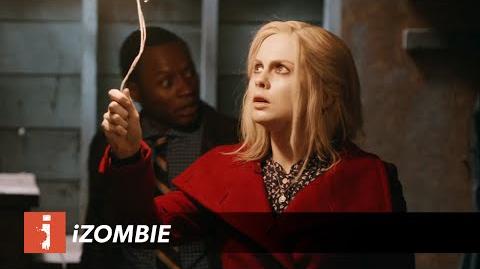 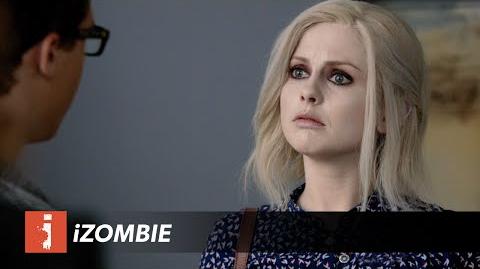