Liv and Clive investigate the murder of a journalist working on a story linking psychotic episodes in a small number of consumers to the energy drink Max Rager. Liv goes straight to the top at Max Rager HQ and questions the man in charge, Vaughn Du Clark. Meanwhile, Ravi tries to help Major who continues to believe he's going crazy. Blaine DeBeers also stars.[1]

The episode opens as Liv gives a fake story to the police about how she discovered Lowell’s dead body. Lowell’s body is wheeled in to the morgue. Clive explains that Liv is the number one suspect, and that Major needs to be talked off the ledge. Suzuki lets Liv off the hook, knowing full well that there’s no way to explain her being at the scene of the crime without explaining loads about zombies. This raises suspicions about Suzuki’s relationship with Blaine. At their house, Major raves to Ravi about the fight with Julien. Liv has nightmares about Lowell’s death, and is understandably depressed. Still on the PTSD brain, she wants a refresher. The victim is Rebecca Hinton, the reporter who was working with Major. A lush, Rebecca interrupted by a home invasion, and had her head bashed in. Clive visits Julien at the gym, setting Clive on the thought path that Major is going crazy. Ravi tries to convince Liv that burning Lowell’s body is the best way to make sure the zombie virus doesn’t spread. Suddenly, Clive sniffs Liv’s brain food, triggering the brain flash of Rebecca’s murder. The killer was after something on Rebecca’s phone that required her fingerprint.

Rebecca’s editor tells Clive that she was covering a case of a library attacker named Jason. Liv looks over Rebecca’s notebook, and notes a “Mr. Berserk.” The editor points out a man named Ryan as the next person the investigation should look into, as Ryan and Jason were friends. Ryan reveals that Jason spiralled down in stress before attacking in the library. A woman Ryan greets triggers a brain flash of Rebecca being yelled at for asking her a question. Liv heads to the liquor store after the questioning. She follows Ryan’s girlfriend Connie, who reveals that Rebecca said something to Connie’s parents. At Major’s house, Clive starts to doubt Major’s sanity, and tells Liv’s ex-fiancé to get help before someone else has to do it for him. The next day, Major packs up to go to a mental hospital. Peyton calls Liv, but she denies the call for another shot of liquor.

Connie reveals a cruel prank in which Ryan set it up to look like Jason killed her. In jail, Jason has a picture of a Max Rager representative at a dorm party, giving Liv cause to suspect the energy drink caused the violent library attack. Ravi tells Liv that it’s time to tell Major about the zombies before Major checks himself in to the mental hospital. Liv puts down enough shots to sedate an elephant, and is brought home from the bar by Major. He rubs her back, and the two have a heart-to-heart. Clive clears Ryan’s alibi at the time of the murder, but comes up with more details on the notes in Rebecca’s journal in relation to Max Rager. The Lake Washington zombie party that Liv was at was sponsored by Max Rager. Liv busts down the doors of the Max Rager building, and confronts the boss, learning that the warning about the drink’s negative side effects were made up by competitors.

At a bar, Sebastian, Rebecca’s source, asks for help taking down Max Rager. Sebastian reveals that Eliza, one of Lowell’s skydiving friends, has “disappeared” after a leak of information. Looking for a second source to Rebecca’s story, Liv goes to a pilates class and speaks to the Max Rager secretary Adele. And just when Adele agrees to leak a memo revealing that evils of Max Rager, she goes missing, and Sebastian punches Liv out in a parking garage. On a boat, Sebastian prepares to throw Adele overboard by taking the flash drive she has on her. After tossing the body, he lays down next to Liv, and licks her blood off his finger. She goes "full zombie", hits him over the head with a cinderblock, knocking him into the water, but Sebastian is still alive. But Liv accidentally kills him with the boat propellor.

The next day, Liv has no visible head wound, and gives her blessing to have Lowell’s body cremated. Liv then proceeds to see Lowell's body for the last time and cries while doing so with Ravi comforting her. At the mental hospital, Major is confronted by a man named Scott E, who states that “this city has a zombie problem.” Liv cries over Lowell’s body, and vows to pull the trigger next time she sees Blaine. Sebastian wakes up on the shore, bloodied, scarred, and with red glowing eyes.

BLOOD ON YOUR HANDS

THREE SHEETS TO THE WIND

THIRD DEGREE AT THE FOURTH ESTATE 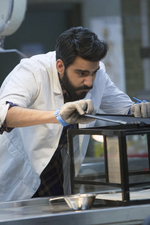 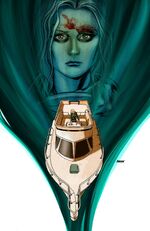 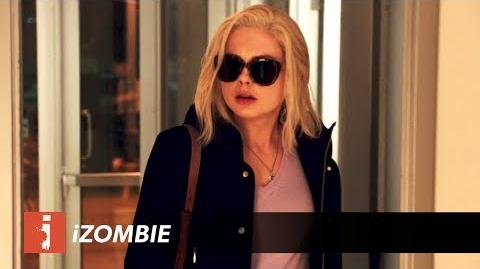 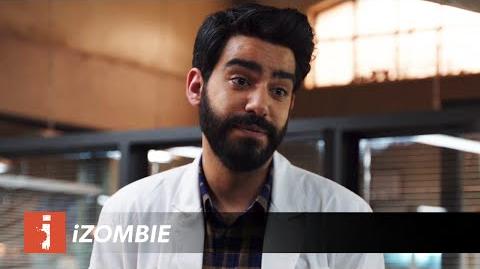 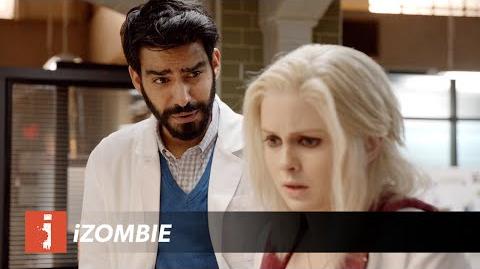 IZombie Inside Mr. Berserk The CW