Patriot Brains is the ninth episode of Season 1. It originally aired May 12, 2015 and had 1.70 million viewers.

Liv and Clive work together to solve the murder of a morning radio talk show host who specialized in relationship straight talk. Liv becomes filled to the brim with insight after consuming the brains, making Clive extremely uncomfortable when Liv starts getting personal. Meanwhile, Peyton steps in to help Major, and Blaine issues a warning. Lastly, Ravi's unexpected romantic connection has the potential to make things awkward for Liv.[1]

Liv is leaving Lowell’s and realizes that Blaine is his supplier. The sight of Blaine prompts Liv to have a vision, from the brains that she and Lowell had shared. The vision is of the murder of Jerome, and Liv realizes that Blaine is murdering the children from the park and selling their brains. At the morgue, Liv dishes this information to Ravi, who is taking his own vitals; it’s been 12 hours since he was bitten by the zombie-rat. Because Jerome’s body was found at an unrelated crime-scene, they conclude there must be a dirty cop. Meanwhile, Major is busy doing research on brains and learning how to fire a gun. Liv gets furious with Lowell for getting his brains from Blaine, assuming that he must have known where the goods were coming from. Lowell wants to talk about their relationship, when Liv is dismissive, Lowell blurts out, “I’m in love with you,” to which Liv says that will be a problem and leaves.

The case is the murder of a sniper on a paintball course. Learning that he was in the middle of a custody battle, Liv and Clive immediately question the ex-wife and new husband, but they both have alibis. The decedent was a mentor, a big brother to a troubled teen, and Liv’s second vision leads them to investigate his connection. Clive finds records of complaints from the neighbors, but it turns out to be a dead end. After a talk with Ravi (which reveals more of Liv's early moments as a zombie and her first meal) and some grave-digging by Lowell, he and Liv are back on good terms. Lowell also agrees to contact Blaine for Liv- her new found sniper instinct compels her to kill Blaine, and Lowell agrees to help. Blaine and Julien are at the shop sorting out the brains for delivery when he gets a call to meet Lowell. Meanwhile, Clive has done some more research and found that the new husband works for a company that uses industrial drones, thus debunking his alibi.

After Major has purchased a handgun, and stopped by a local gym inquiring about eating brains to gain muscle mass, he get’s a visit from the “Candyman,” who beats him up again, until Major unloads three rounds center mass. He calls Clive, but when he arrives, the body is gone (as zombies need to be killed with head shots). The lack of a body or blood has Clive questioning Major’s sanity. Back at Lowell’s, Blaine is grilling some brains as Liv is perched across the way looking through the scope of the sniper rifle she has. The voice over there is quite poignant, as Liv muses about being a doctor, but also the need to stop Blaine. It is quite the conundrum, but, ultimately, she won’t turn into a killer to stop one. After texting Lowell that she can’t do it, he sees a face on Blaine’s caller ID. This prompts the same vision that Liv had earlier. Lowell stabs Blaine in the arm but Blaine manages to shoot Lowell in the head, killing him. 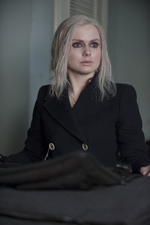 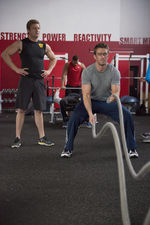 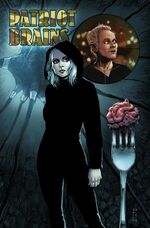 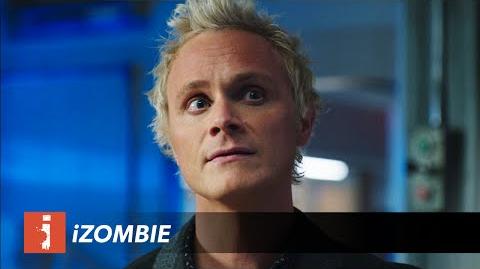 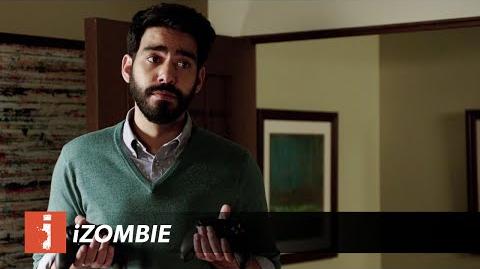 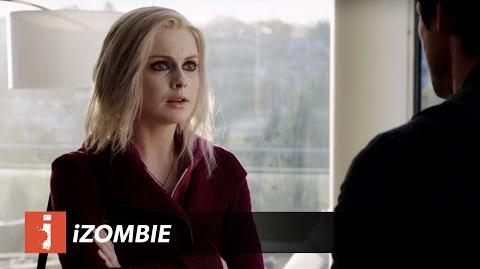