"Pilot" is the series premiere and first episode of iZombie. It aired on March 17, 2015.

Olivia "Liv" Moore was a disciplined, overachieving medical resident who had her life path completely mapped out... until she is turned into a zombie. Now stuck somewhere between half-alive and undead, Liv loses her drive and ambition. She breaks off her engagement with charming soul mate Major Lilywhite, fearful of infecting him with her condition. Liv transfers her medical residency to the city morgue in order to access the only form of sustenance left available to her - the only thing that allows her to maintain her humanity - brains. There are side-effects to Liv's new diet: With each brain Liv consumes, she experiences "visions" — flashes of the corpse's memories — which often provide clues as to how they were killed. Her boss, the brilliant-but-eccentric Dr. Ravi Chakrabarti, encourages her to embrace this gift and to work with unproven homicide detective, Clive Babineaux, to help solve these murders. In doing so, Liv finds a measure of peace, and a new sense of purpose in what her "life" has now become. David Anders also stars.[1]

In a hospital, overachieving medical resident Olivia Moore saves a 17-year-old's life by performing an unauthorized medical procedure. Fellow resident Marcy Khan looks on with disapproval, but is impressed by Liv and invites her to a boat party later in the evening. Liv appears reluctant and turns down the invitation, claiming she's "not really a party person," and vouches instead to spend the evening with her fiancé, Major Lilywhite. With some encouragement from him, Liv opts to attend the party, where violent chaos breaks out on the boat. Liv makes a break for the edge, and wakes up the next morning gasping for air in a body bag, sporting deep scratch marks on her right arm and a streak of white hair. Her sudden reanimation frightens off a nearby EMT, who bolts away from her.

Five months later, Liv, pale and listless, is purchasing Sunlight Shimmer Moisturising Bronzer in a grocery store, along with a DVD copy of Night of the Living Dead. After receiving a strange look from the cashier, Liv returns home to an announcement from her roommate Peyton Charles that "Potluck Tuesday" is being reinstated. In the apartment's kitchen, Liv is confronted by her mother, brother, Peyton, and Major. Her mother bombards her from a "place of love," and we find that Liv has broken off her engagement to Major and left her medical residency to pick up a job at the morgue. Liv quickly realizes that "Potluck Tuesday" is an intervention -- Liv is confronted for what appear to be questionable life choices and reprimanded by her mother for a general lack of motivation and, specifically, an unwillingness to participate in the annual haunted house attraction (placing the time of the boat party near May). Peyton informs Liv that her family and friends believe she has PTSD. Nonplussed, Liv insists she does not need professional help, but agrees to try to go to the Halloween fundraiser before leaving for work.

At the morgue, Liv's easy-going boss, Ravi Chakrabarti, snacks on cereal over the corpse of his Jane Doe and contemplates instagramming a bruise in the lining of the patient's abdominal muscles. Upon his exit, Liv snags a portion of the Jane Doe's brain and consumes it over hot sauce and Insta-Noodles. Much to her chagrin, Ravi flips the light switch on and walks in on her meal.

Ravi, who has suspected Liv ever since the autopsy of Raoul Cortez, immediately conducts several different tests on Liv while explaining his theory of the zombie outbreak and the boat massacre. Particularly, many of the victims were missing large amounts of brain mass. A new designer drug called Utopium was widely available at the party, and Ravi believes a bad batch of this drug was responsible for the outbreak. Liv flashes back to night of the party, where a dark-haired drug dealer offers her Utopium. After she refuses, chaos ensues as the attack begins. She makes a break for the edge of the boat but is grabbed by Blaine, who leaves deep scratches in her right arm before she flips headfirst into the water. During the ensuing conversation with Ravi, Liv reveals that she needs to regularly eat brains to avoid becoming more and more animalistic, and fears she will end up like a classic horror-movie zombie if she does not. Additionally, we learn that food has lost all taste, and hot sauce is the only way she can add any flavor to her meals.

Detective Clive Babineaux enters the morgue to ask whether they have identified the Jane Doe, and Liv gets a flash of the woman's memories and tells the police officer how to identify her. When Babineaux asks how she could possibly know that information, Ravi tells him that she's psychic. Liv heads to the haunted house, where she pockets some toy eyeballs and gets a flashback to the Jane Doe being attacked by a local weatherman.

She heads to the police station and meets up with Babineaux, who recruits her to come talk to the weatherman, Johnny Frost, with him. When they arrive, they show the photo to the weatherman, who reacts guiltily and tries to send them away. When Babineaux mentions that the Jane Doe has been murdered, he expresses surprise and shows them a website; the murder victim, named Tatiana, was an escort.

Meanwhile, Liv has been stealing more small objects. Back at the morgue, she talks with Ravi about how she doesn't believe there are any other zombies out there when Babineaux comes to get her and bring her with him to talk with Tatiana's friends. When Tatiana's friend Tess starts speaking Romanian (she tells Clive that she can't speak English), Liv also starts speaking Romanian, surprising both her and Babineaux. When they ask about Tatiana, Tess asks what trouble she's gotten into, but is shocked when she's informed of Tatiana's death. Although Tess tries to shut them out, she gives them Tatiana's full name before Babineaux and Liv leave.

When Babineaux and Liv arrive, they find that Tatiana's apartment has been ransacked, but her valuables were left behind. They find Tatiana's phone, and the voicemail from the day of her death indicates that she stole something. While scouring the apartment, Liv realizes that eating Tatiana's brain has given her both the ability to speak Romanian and kleptomania. She sees a vision of Tatiana's death at the hands of a man whose ring she stole, who pushes her out of her apartment window to her death. Upon returning to Tess' apartment, Tess' neighbor tells her that Tess has packed some suitcases and left, but gives Babineaux and Liv a lead on Monica, another one of Tatiana's "friends".

At the morgue, Ravi is looking at Liv's blood under a microscope, trying to cure her infection by exposing it to bacteria. Liv is amazed that she could possibly be cured and, while he waits outside, she tells Babineaux that she can't join him on his trip to talk to Monica. Instead, she goes to see Major, hoping to rekindle their romance now that she considers the possibility of a cure. Instead, she finds him there with another girl (playing a zombie-killing video game) and runs off.

The next day, Lieutenant Suzuki, Babineaux's boss hands the case off to Pratt, another detective. Babineaux objects, saying he has leads on the other girls and that he's close to solving the case, but his boss refuses to listen and instead tells Babineaux that he can tag along with Pratt to the interviews. Back at home, Liv is watching TV when Peyton comes in and asks if she's seen her pens. Liv answers yes and reveals that she has them all in a little pile in her drawer.  Before she leaves, Peyton tells Liv off and mentions that she was willing to write her off as someone who can't be helped, but she instead tells Liv to step up her game.

Liv decides to return all her stolen things and focus on finding justice for Tatiana. She goes to the police department and is there when the other detective gets the address; then she returns to the morgue and meets Babineaux, who gives Liv a Romanian phrase to translate. She says it means "bearded pig" and Babineaux realizes that Pratt had arranged to replace him on the case as Babineaux was close to solving it. They manage to secure the address that Pratt was recording on a piece of paper using a pencil.

By the time Babineaux and Liv get to the address, they find Tess and Monica in a house tied up by Pratt, who is rambling about his missing ring and his wife using all of his money. Babineaux chases Pratt through the house, but Pratt eventually gets away and jumps out a window. Liv sees him escape to his car and backs her car into the driveway to stop him. He gets out and shoots her, before dragging her out of the car and driving away. Babineaux sees her getting shot, but by the time he gets outside, Liv's corpse is missing. She's riding on top of the car, punching through the windshield and causing Pratt to crash. She's thrown from the roof and while he's unconscious, she wakes up, filled with adrenaline, and her eyes turn blood red. Although she goes to feast on Pratt's body, Babineaux manages to catch up and stop her before she can eat his brain.

Babineaux is confused as to how Liv is alive, but she manages to halt his suspicions by claiming that she only arrived on the scene "two seconds" before him. After stopping to get stitched up by Ravi, she heads out to the haunted house to dress up as a zombie and play with kids. That night, she finally manages to sleep.

The next morning, Liv wakes up to the sound of sirens, and sees a vision of the drug dealer, now fully a zombie, attacking someone.

THE RISE AND FALL 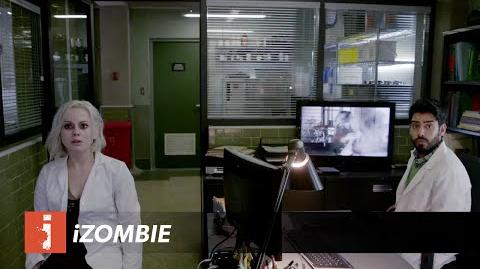 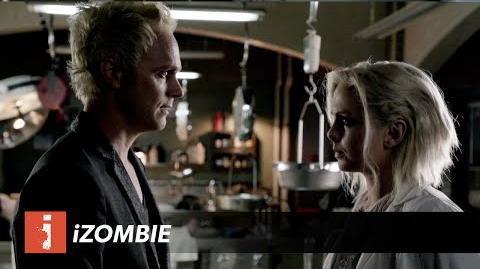 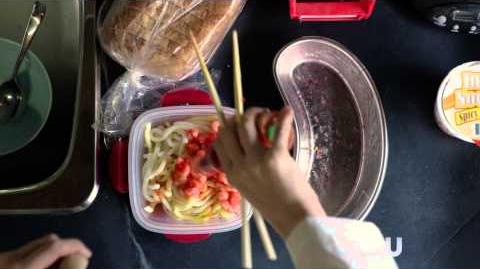