Salivation Army
Rita Du Clark, also known as Gilda, was a recurring character in iZombie, and the daughter of Vaughn Du Clark. She worked at Max Rager and has a big role in the company. She moved into Liv's apartment as her new roommate to spy on her, a known zombie.

She was aware of the existence of zombies. She also knew about Max Rager's experiments on zombies. Even going as far as getting blood from Liv in order to further the research going on at the company. Rita didn't seem to have any sympathy for zombies, and on multiple times tries to push for zombies to be killed.

While observing one of Max Rager's experiments, the zombie breaks free from the treadmill, attacking the scientist working on Super Max. In order to save the scientist's life she stuns the zombie, but only angers it. Seeing that the zombie is going to attack, her father, Vaughn Du Clark, makes a run for the elevator, but leaves his daughter behind. He goes up to the office and locks the door behind. Rita comes up moments later, covered in blood, demanding her father to open the door as a soon-to-be zombie.

Rita was a woman who seemed to mainly worry about herself, her father, and perhaps the company. She liked to be in control and wasn't afraid to lie or manipulate people in order to get what she wants. 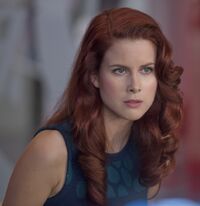 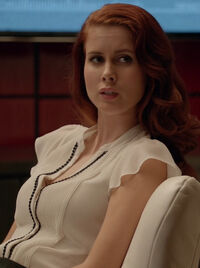 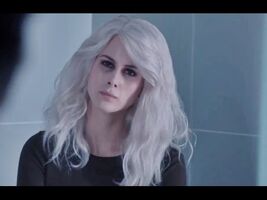 Rita after she became a zombie.
Community content is available under CC-BY-SA unless otherwise noted.
Advertisement