Spanking the Zombie is the fifth episode of Season 3 and the 37th episode of the series overall. The episode aired on May 2nd, 2017 and had 0.93 million viewers.

Major is in battle and using an inhaler to keep his coughing at bay. He and his comrades chug Super Max to help take down some terrorists holding hostages. They manage to save them, but their captain, Otis, is struck down. Major is first to the roof and is stabbed multiple times before his friend saves him.

Back in the Lab, Clive comes in to ask for Liv’s help with the murder of Roxanne Greer. Roxanne’s brain is the one that Ravi has kept in a jar of blue memory liquid all season, running tests on it. The group stands around the jar with Clive and Ravi telling her to eat it. However, Liv is unsure, not only because it's now blue, but also because Roxanne was a dominatrix. Liv is worried about what this will turn her into if she eats it. However, Clive needs to know who Roxanne’s clients were so Liv gives in and fries her brain up country fried steak style.

At Roxanne’s former business, Liv begins to display dominatrix qualities right away, mildly freaking out Clive. They find a window where they believe the killer broke in, but wonder how Roxanne would not have heard the glass break. They locate a remote for a camera and the camera itself, but the memory card is gone. Liv picks up a mask, daring Clive to put it on before she suddenly has a vision. Her vision is extremely detailed and clear compared to her regular vision flashes, revealing one of Roxanne’s clients was D.A. Floyd Baracus, who is the zombie running for mayor. Liv's vision lasts considerably longer than usual. She comes back to Clive shaking a feather duster in her face, saying she was out for a while.

A soldier digs a bullet out of Major’s back and he is looking a little worse for wear with his stab wounds. Noticing a suspicious cooler in the warehouse they are in, Major waits until the other solider leaves to take a peek - and finds the cooler is full of the frozen heads of the terrorists.

Clive and Liv go to a campaign event for D.A. Baracus. Liv tells Clive that whatever was in the blue substance Ravi kept Roxanne’s brain in is giving her extra long and vivid visions - she was up all night with visions of Roxanne’s clients. Unfortunately, nobody looked familiar. Clive decides to have Liv visit the sketch artist later. They confront D.A. Baracus, who is genuinely surprised to learn there was a hidden camera. He had a campaign event that night, so his alibi is sound.

In the bullpen, Detective Cavanaugh confronts Clive and Liv for nosing around in his case (the Tuttle-Reid murders). He had gone to see Harley, the owner of the gun range in the previous episode, had lawyered up after being interviewed by cops prior to Cavanaugh’s visit. Clive has an idea that maybe Harley will talk if Filmore-Graves becomes involved.

At Filmore Graves, Liv explains what she needs from them in regard to Harley. In the middle of this, she has another really long vision and immediately heads to see Jimmy for another sketch. Before Jimmy can begin, the door opens, and Liv catches site of another familiar face that triggers a vision: Brandt Stone. In the vision, Brandt had caught sight of a peeping Tom looking in on him while he was with Roxanne. Even though his alibi is confirmed, Clive has some questions to ask. Brandt starts to stand up, but Liv, having seen in her vision that he was dressed as a schoolboy and Roxanne was punishing him with a ruler, slaps the ruler she brought with her and demands he sit back down.

After answering questions in hypotheticals, Brandt comes to the assumption that Roxanne recorded her sessions. However, they actually want to know about the peeping tom he saw during one of his sessions. Brandt picks the peeping Tom out of the sketches that Jimmy has done.

Don E is stocking the bar at The Scratching Post and goes out for a walk after Angus' henchman treats him with contempt. Along the way, he comes across a drug dealer, Tanner, and makes a fast friend when he offers to give him some Lucky U (Utopium) so they can party together. They take Lucky U and dance on top of the bar, when Don E offers to turn Tanner into a zombie. Tanner readily agrees.

At the police station, Liv and Clive are trying to find the man in the sketch. Johnny Frost appears with Brandt Stone as his lawyer, and Johnny reveals that he had received a blackmail request for $10,000, otherwise his taped sessions would be released. He paid the first demand but, as Liv points out that only a fool would trust a blackmailer to do what they promised, and demands Johnny admit he's a fool and to crawl across the floor to her. Brandt halts the 'shenanigans' that he says Liv is pulling and states that Johnny received a second blackmail demand. Clive wants to set up a drop to catch the peeping Tom.

Harley arrives at Filmore Graves to discuss business with Vivian about his brother’s death. Vivian offers him $10,000 for compensation. They confront him about his zombie theories and confirm there was an outbreak at the Max Rager party. While Vivian keeps Harley busy, soldiers break into Harley’s truck and plant trackers and bugs. Harley tells Vivian that his brother Dave, who had worked in the Lab for Max Rager, had told him that zombies have a heart rate of ten beats per minute. He rambles on about the zombie outbreak, confirming all the fears that Vivian has about the pending human vs. zombie war. As he’s leaving, Harley shows Vivian a picture of a Romero zombie that Dave sent him. Back in his car, Harley receives a call from an unknown man. Vivian and company overhears the whole thing thanks to the plants in Harley’s truck.

In the park, Team Z sets up for the drop. Liv and Ravi attempt to casually walk past with their hands entwined. Ravi starts saying random words and when Liv asks him what he's doing, he says he's hoping one of these are his safe word. When a biker zips by and snatches the money from Johnny Frost, Clive, dressed as the ice cream man, knocks him down and cuffs him. They bring him in for questioning. James Weckler, the man riding the bike, is nervous around Liv after she breaks the camera in the room and confronts him. She tells him the scenario that he broke in to steal the memory card so he could blackmail her other clients, and when she caught him, he killed Roxanne. He immediately confesses to murdering Roxanne - but he also agrees condescendingly that it's for the reasons Liv has listed. Liv looks at Clive with confusion, both wondering why he would agree in that way.

Major is in rough shape after his mission. Justin leaves Major to go to Otis’ farewell, but comes back to find Major all but coughing out his lungs on the floor. Major tells Justin to take him to the police morgue for Ravi’s help. To Justin's confusion, Liv and Ravi argue about giving him the cure, and making him human because Liv sees Major’s knife wounds. Either option could kill Major - if they cure him, the stab wounds will do him in. Liv empties Major’s lungs with a syringe and makes Ravi promise not to cure Major until his wounds heal up.

Don E and Tanner (now a zombie), are working the bar on opening night, celebrating the fact that it is a success.

Major is in bed, healing. Ravi falls asleep in the chair beside him and Liv sits at the foot of the bed, watching Major sleep. Liv sends Ravi to bed before crawling in beside Major. Major wakes up and asks if the memory serum worked on Blaine and Liv confirms it did not. Liv tries to be positive, but Major is realistic and has only one request: that when his memory is gone, Liv reminds him what they meant to each other… and to give him a name that’s not so silly. They recall the start of their relationship to each other. Major says the silver lining is he’ll get to fall in love with Liv all over again. The two spend the night together.

In the morning, Ravi struggles to keep it together standing over the serum before he grabs a dose. He goes upstairs and finds Liv with Major, also trying to keep themselves together. Ravi explains that the memory fade will take a few days. Ravi says he had a whole speech planned, but he's not going to bother giving it since Major won't remember it anyway. Major says he will miss them both and Liv tells him they're not going anywhere. Ravi injects him with the cure as Liv holds tight to Major’s hand. 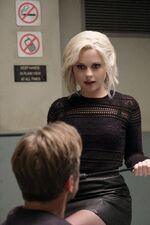 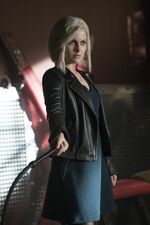 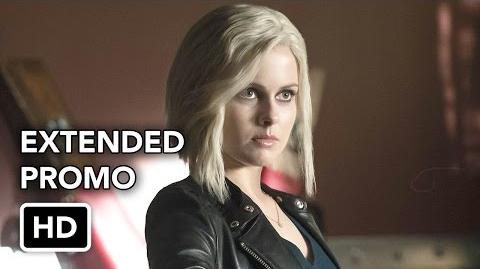 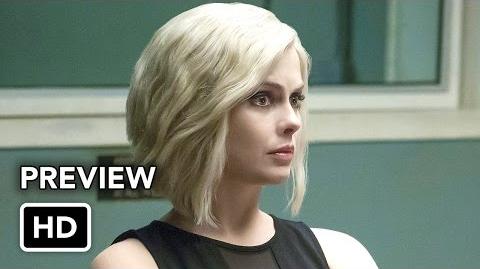 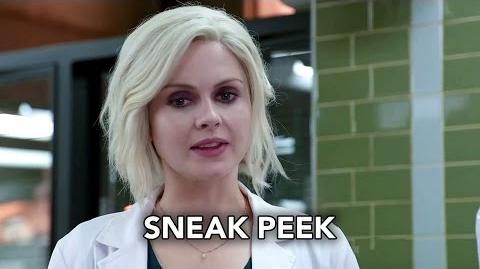