Liv, Clive, and Ravi work together to investigate the murder of a computer hacker. Liv inherits intense agoraphobia after consuming his brains along with mad skills at computer gaming. This delights Ravi, who urges her to play and offers to help her from inside the game, as they continue to search for the killer. Meanwhile, Blaine becomes acquainted with someone close to Liv. Robert Buckley also stars.[2]

Ravi is suturing Major together at the morgue, moments after last week’s episode left off. Dig in is late on its daily delivery of brains; Jackie kills the delivery boy for food.

At the crime scene where a man named Simon Cutler is dead, Clive Liv and Ravi are on the scene. The body is putrid. Liv does not want to have to eat the brains, but since he is an infamous Internet troll, she has no choice if she wants to help solve the case. After drinking Cutler's rotten brains in the form of a smoothie, Liv begins to crave donuts and has her first vision, of Cutler going into anaphylactic shock after eating a donut. Major visits the youth group he volunteers at and faces the group all bruised. At the station, Clive realizes the birthday card was really the murder weapon, which dispersed peanut powder along with confetti. Liv prepares for her date with Lowell, her first as a zombie and post Major.

There is another body at the morgue, one which is headless and looks like it was a zombie attack. Liv investigates the deceased laptop and plays an MMORPG, alongside Ravi, who is excited to help. Meanwhile, Major is investigating Jerome's disappearance. Liv is obsessed with the game that she actually hates. While playing the game she finds a suspect and virtually interrogates him. He is 14 and lives in NY thus cannot be the killer. Lowell stops by and brings some anti-anxiety meds. They have great chemistry but spend the time talking about their exes. And how they were turned. Major finds some information on the Internet pops a stitch and was going to have Liv fix it. Ravi tells him that Liv is not alone. Lowell attempts to kiss Liv who is distracted by Cutler's laptop she acquired from Clive, through Ravi.

Clive finds himself at Blaine’s butcher shop in the course of his investigation. As he is about to check out the shop, Liv calls. At the station, Clive interviews people who had been wronged by the victim. They conclude he must have taken his business to another donut shop. Blaine stops by looking for his dead delivery boy. Liv hacks into another donut shop's records looking for the killer. She has another vision and visits Clive, high on anti-anxiety meds. Liv knows who the murderer is. It turns out to have been the brother of Shana the customer service girl. The Sim Reaper threatened her online life for failing him. Being a total bastard, he hacked into her online accounts and records, messing with her finances, giving her a criminal record, putting her on the no fly list, registering her as a sex offender, posting Photoshopped sex pictures of her on Twitter. It destroyed her life, driving her to jump off a bridge to her death to put an end to the humiliation that man child put her through. The brother admits to killing him, and after being told he will likely face life in jail, says 'it was worth it'. Liv seeks out Lowell and kisses him. Major discovers a photo with Blaine at the skate park.

Eva enters Meat Cute to pickup an order and notices they are hiring delivery boys, Blaine gives her an application form for Evan.

BACK IN THE GAME

HACK TO THE FUTURE 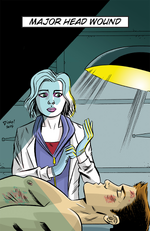 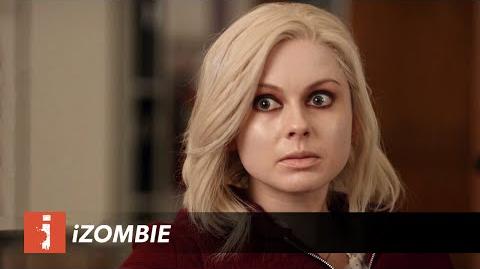 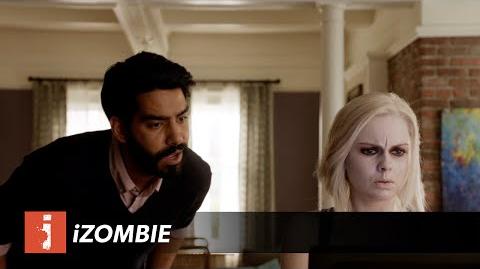 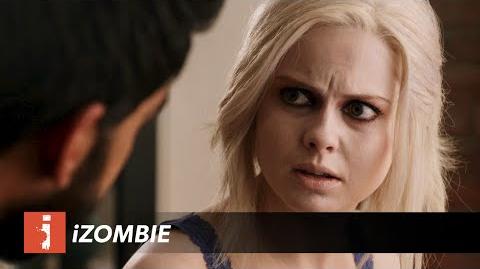